Life, the Martial Challenges, and Everything.

February 22nd was my first tournament of 2014; the CBJJF Okanagan Winter Classic.  You may remember that I attended last year’s Winter Classic as a white belt, and earned a Silver in the Middleweight division.  I didn’t even write a full post on it, just attached it at the end of another.

Well, this Winter Classic was a bit different.  It was my first tournament in a long while as a Lightweight, and I had quite a successful and easy weight management program.  I made weight for Gi at 166 pounds, 2 pounds under the 168 pound limit.  I was supposed to be part of a 4-man division, but 2 people didn’t show up.  Ryan Kehoe and I faced off, quite amusingly since he is part of RDC BJJ under Sterling Redlack, while I was borrowing their school name.  We had quite the colourful commentary going on.
I felt great starting and ending the match, but I wasn’t very active.  I lost via advantages, Ryan worked a little more than I. 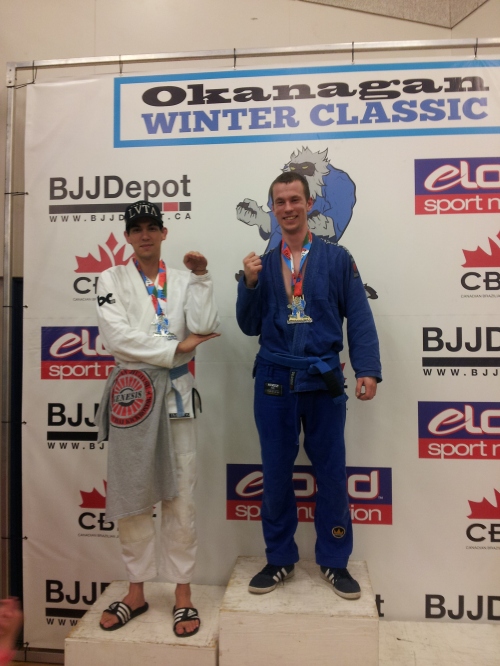 I hadn’t planned on competing in No-Gi when I initially signed up, but upon seeing the draft version of the athlete’s list, I noticed that Jacob Dwyer of RDC was alone in the Middleweight division.  I volunteered myself to the right people, letting them know that I would step up from Lightweight to Middleweight to avoid Jacob having to move to Medium Heavy, and they accepted.  A third person found their way into the division, and thus solidified the division.
Jacob received a by to the gold medal match, I took on Matteo of Pacific Top Team Kelowna.  While I lost via guillotine submission, I was very happy in how I dealt with his arm drag during his attempt to take me down at the start of the match.  I stepped through his arm drag attempt and established a solid seat belt and dragged him down before sliding over into mount.  He near-successfully Lumberjack me, but I managed to roll things around and slide into his guard instead – and thus into his submission. 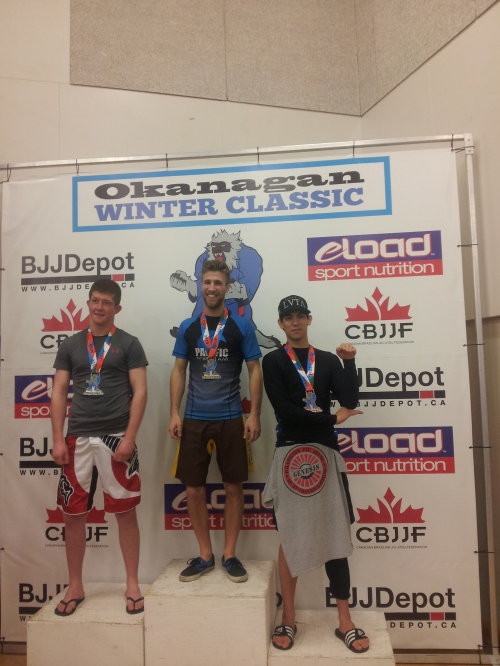 Overall I’m happy with my conditioning.  The tournament was on-time, despite two ambulance-worthy injuries, and it was good to see my Okanagan friends again.  I have a few things to work on, and a few bad habits to break, and I know I’ll improve upon them.  My weight management skills held up, and will be tested again on March 1st with another tournament.

–Kiyoshi “The Prototype”
Your #1 Canadian eh?